Nigerian vocalist/producer Davido blends traditional African elements with global mainstream pop for a sound that’s equal parts intriguing and infectious. He quickly grew from club-ready early songs to charting tracks and features from big names like Nicki Minaj and Chris Brown on his 2020 album A Better Time. Davido was born David Adedeji Adeleke in Atlanta, Georgia, in 1992. His interest in music began while attending Oakwood University in his late teens, and he started making his own beats and investigating music production. He dropped out of school and began pursuing music full-time, relocating to Lagos, Nigeria, and releasing his debut single, “Back When,” in 2011. The single received some attention for its mix of clubby production, high-energy vocals, and Afro-pop rhythms, and was followed shortly by second single “Dami Duro.” Work began on his debut album, Omo Baba Olowo, which was released in 2012 and produced a plethora of singles. 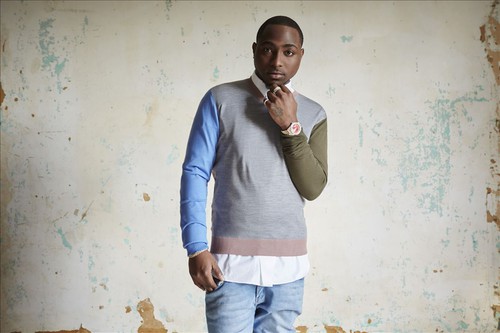 Success came quickly for Davido, and he sated his fans with a string of new tracks released over the next several years while he was working on his sophomore album, The Baddest, which was still unreleased as of 2020. Between 2013 and 2017, singles like “Gobe,” “Aye,” and “Pere” (among many others) piled up, sometimes featuring collaborations with bigger-name rappers like Meek Mill or Young Thug . Between albums, Davido also inked a deal with RCA. More standalone tracks followed until 2019, when second album A Good Time arrived, featuring guest appearances from A Boogie wit da Hoodie , Peruzzi, Popcaan , Chris Brown , Summer Walker , Gunna , and other stars from around the world, and did well both commercially and with critics. Davido quickly followed the next year with his third effort A Better Time. The album was a similarly star-studded affair, with guest spots from Nicki Minaj , Lil Baby , Sauti Sol , and many others on Davido’s bright and catchy R&B-infused Afropop. A Better Time also fared well commercially, breaking into the Billboard charts its first week of release. ~ Fred Thomas