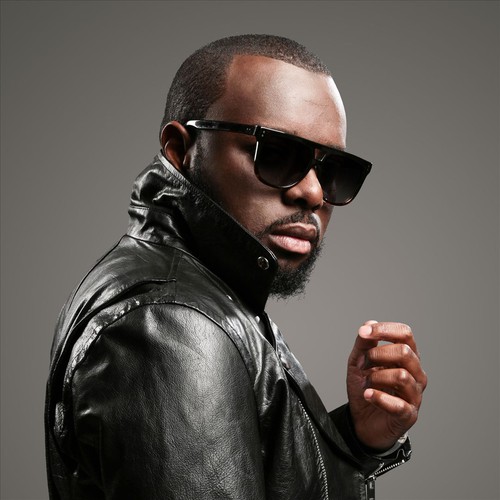 French rapper and producer Maître Gims (real name Gandhi Djuna) is a hit-making solo artist, the founder of French Universal Music subsidiary Monstre Marin Corporation, and a former member of the groups 3e Prototype and Sexion d’Assaut . Born in the Congo, Gims moved to France with his family at the age of two. The MC grew up surrounded by music; he’s the son of vocalist Djuna Djanana. His first solo single was released in 2006, yet several years passed before he was able to concentrate on his own work. In May 2013, he released his first solo album, Subliminal, which was aided by the chart-topping success of the single “J’me Tire.” The set narrowly missed the top spot on France’s official SNEP album chart. That all changed with the arrival of album number two, the platinum-selling double-LP Mon coeur avait raison, which reached number one in both France and Belgium. 2018′s Ceinture noire was also a success and featured guest spots from a host of artists including Lil Wayne , Sofiane , and Vianney . Transcendence, a reissued and reworked version of the album, arrived the following year and featured contributions from Maluma and J Balvin , Dadju , Vitaa , and Sting . ~ Andy Kellman