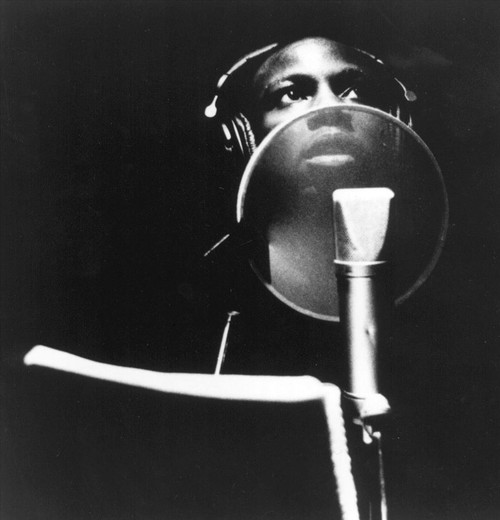 The best and most popular French rapper, MC Solaar found success in America among fans of acid jazz and jazz-rap (if not the larger hip-hop community) after guesting on Guru ’s acclaimed Jazzmatazz project. His fluid phrasing makes up for his lack of English, and the production on his solo work (by DJ Jimmy Jay and Boom Bass of La Funk Mob) surpasses that of most of his hip-hop contemporaries. Born Claude M’Barali in Senegal, Solaar later moved to Paris and released his first single, “Bouge de La,” in 1990. Two later tracks became French hits, prompting the release of his first album, Qui Seme le Vent Recolte le Tempo, in 1991. Introduced to the U.S. by way of two compilations (Tommy Boy’s Planet Rap and Island’s The Rebirth of Cool), MC Solaar recorded “Le Bien, Le Mal” for 1993′s Jazzmatazz LP. His second album, Prose Combat, earned an American release on Cohiba by 1994. Paradisiaque followed in 1997, and Solaar returned a year later with a self-titled effort. La Tour de la Question appeared in 1999. He proceeded to develop his music into the new millennium with critically acclaimed sixth album Cinquiéme As in 2001. Follow-up Mach 6 came during 2003 for his European fans, and appeared another three years later in America. Solaar then decamped to New York in 2007 and recorded some of his most adventurous work there for Chapitre 7, which included an eclectic mix of distorted guitar riffs and a samba-influenced dance beat alongside his laid-back rap style. The French rapper released a compilation entitled Magnum 567 in 2010, which featured tracks from his fifth, sixth, and seventh records. In 2017, Solaar returned with the full-length album, Géopoétique, featuring the single “Sonotone.” ~ John Bush & Scott Kerr