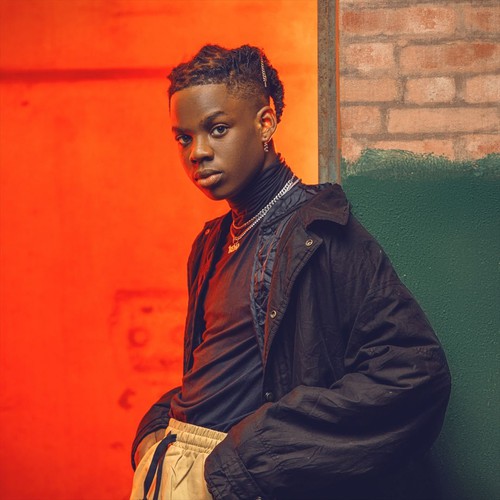 Nigerian singer and rapper Rema launched his career in unintentional fashion with a social media upload that prompted a contract with Mavin Records. Several commercial releases throughout 2019 (compiled as 2020′s Three EP’s) were highlighted by “Dumebi,” a showcase for his soft, elastic voice. Born and raised in the Edo State capital of Benin City, Rema (Divine Ikubor) grew up listening to Afrobeat and commercial rap. He formed a rap group with peers at his church, but his interest in music took an unexpected turn in February 2018, when he uploaded a clip of himself freestyling to an instrumental version of D’Prince’s “Gucci Gang.” D’Prince saw the video and got in touch, which led to Rema signing with Mavin, the Lagos-based label — run by Don Jazzy , D’Prince’s brother — that had issued “Gucci Gang.” Rema made his commercial debut in 2019, a year during which he released the four-track EPs Rema , Freestyle , and Bad Commando, and was featured on tracks by D’Prince, Thutmose , and Peter Maxx, as well as Mavins , a Mavin label group. “Dumebi,” a single off the self-titled EP, fared particularly well in Nigeria and abroad. Rema attracted more attention when another track, “Iron Man,” was included on Barack & Michelle Obama’s Summer Playlist 2019, tweeted out by the former president that August. In 2020, his EPs were compiled as the Three EP’s release. ~ Andy Kellman