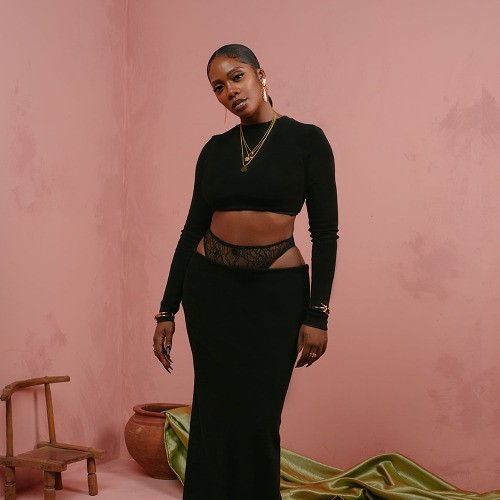 Tiwa Savage is one of the biggest pop stars to emerge from West Africa during the 2010s, with numerous hits and international awards to her name. Initially active in the music business as a backing singer and songwriter, she arrived in the early 2010s with a hybrid form of dance-pop that synthesizes Afro-pop, reggae, and contemporary R&B, singing in English and Yoruba. Already a major success by the time her debut Once Upon a Time arrived in 2013, Savage continued releasing hits throughout the following decade and expanded her global reach, performing at international festivals and venues, and appearing on the 2019 soundtrack The Lion King: The Gift . With releases like 2020′s Celia and 2021′s Water & Garrie EP, her sound grew to incorporate vintage Afrobeat influences, while her lyrics became more socially conscious and female empowering. Born and raised in Lagos, Nigeria, Tiwatope Savage moved with her family to England when she was 11 years old. During the latter half of the ’90s, she established herself as a background vocalist, and opted to leave the accounting world when she was sought by Mary J. Blige . Though she had a business administration degree from Kent University, she furthered her music career by attending Berklee College of Music on scholarship. Prior to her graduation, she competed on The X Factor (U.K.) during series three and made it to the final 24. During the next couple years, Savage raised her stock with additional background work, such as an appearance on Whitney Houston ’s I Look to You (2009), and the landing of songwriting credits on a handful of albums, including Fantasia ’s Grammy-nominated Back to Me. Savage made a name for herself as a solo artist in 2010 with “Kele Kele Love,” a self-released single produced by Harmony Samuels. In 2012, signed to Don Jazzy ’s Mavin Records, she appeared on the label’s Solar Plexus compilation, then released her long-delayed debut album, Once Upon a Time, in 2013. She received her first MOBO Award nomination in the category of Best African Act, and won the prize for Best Female at the 2014 MTV Africa Music Awards. She signed several endorsement deals, and became involved in youth empowerment projects, helping to raise money to build schools in Nigeria. Second album R.E.D. appeared in late 2015 with the majority of the production work handled by Jazzy . Savage signed a management and publishing deal with Jay-Z ’s Roc Nation in 2016, and performed at his Made in America festival in 2017. Her EP Sugarcane appeared that year, featuring producers and guest artists such as Wizkid and Maleek Berry . After headlining a sold-out show at London’s Indigo venue in 2018, Savage was named Best African Act at the 2018 MTV Europe Music Awards. In 2019, she signed a publishing and distribution contract with Universal Music Group. “Keys to the Kingdom,” her duet with Mr. Eazi , was included on Beyoncé ’s soundtrack to The Lion King: The Gift . The Fela Kuti -inspired single “49-99” became her first single released through the Universal-distributed Motown. Later in the year, Savage made an appearance on Coldplay ’s eighth studio album, Everyday Life . Named after Savage’s mother, her third full-length, Celia, appeared in 2020, with guests including Sam Smith , Stefflon Don , and Davido . It reached the Top 20 of Billboard’s World Albums chart. In 2021, she returned with the EP Water & Garrie, which featured the song “Somebody’s Son” with Brandy . ~ Andy Kellman & Paul Simpson